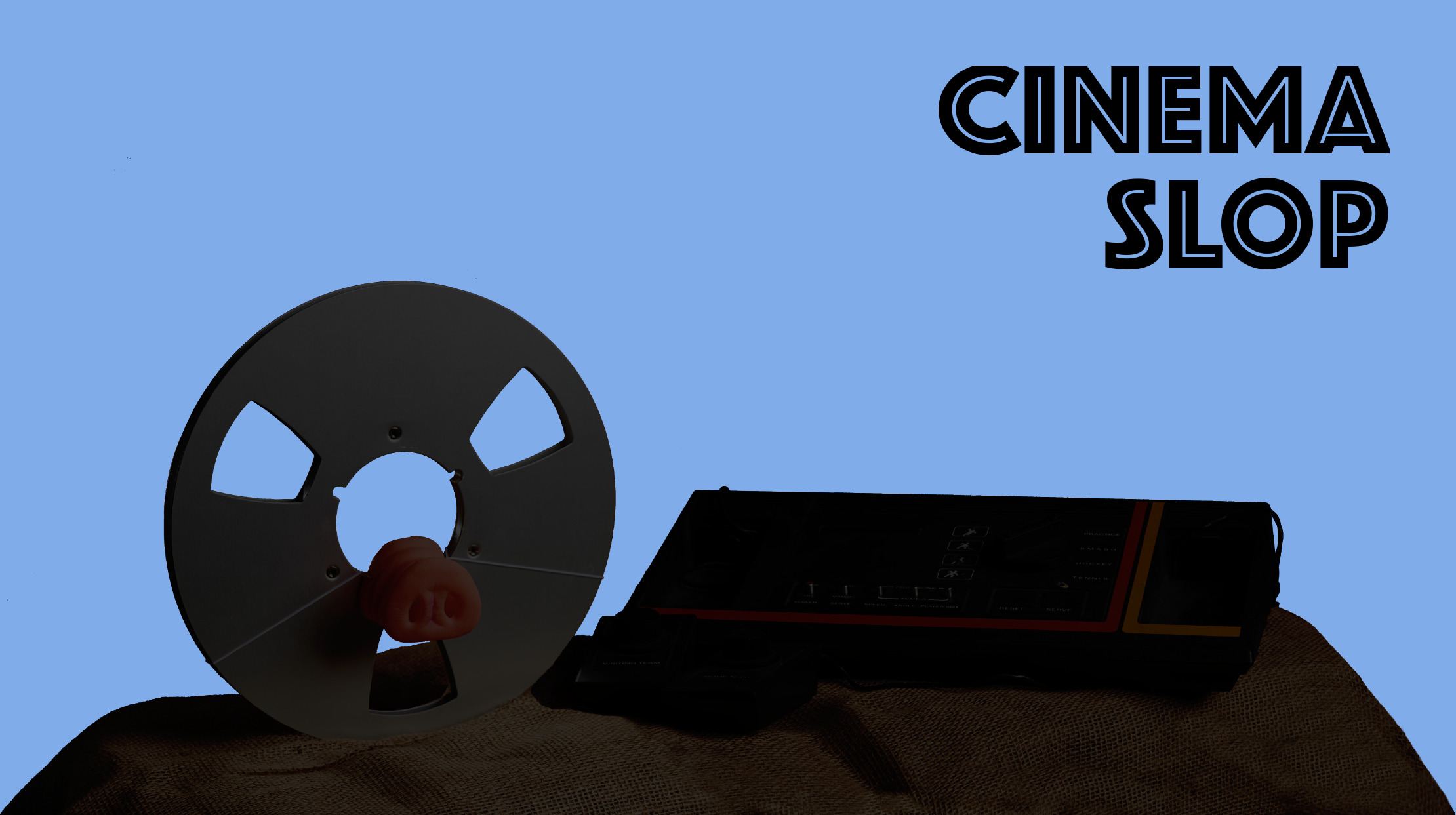 Cinema Slop is the brain child of two emotionally stunted mid-westerners. As with most large hairy mammals they are mostly solitary but for some reason crave interaction. As such they codified the idea of “talking” into a semi-occasional podcast about movies. Further complicating things they decided to incorporate a, “really fucking stupid” (Jason) version of the Kevin Bacon Game. Our intrepid heroes start their journey with the timeless worm-based classic Tremors and at the end of each episode they will chose their favorite (or a non-favorite) character from the film and move down the pig-body to the next sausage link… down and down it goes… where it ends… no one knows.. but its probably disgusting and covered in gravy.

His first job was at a video store (It’s like iTunes but its a place). When you are the man with the UPC scanner and the monochrome screened checkout machine two things happen. First you get laser’d in the face. Second you watch every single movie in the Action and Horror sections in roughly a summer.

“I once had a college professor give me some profound advice about effective storytelling… he said ‘Jon, Show… don’t tell’… Clearly I am a terrible student.” - Jon

Jason is classified a Bigfoot. Not the mythical Bigfoot but simply A Bigfoot.

“I am old but not so old that I hate everyone…. Well I do hate everyone but not because they did anything wrong. Mostly I just hate them. I don’t hate any specific groups for any specific reasons. Just… Fuck right off. All of you.” - Jason