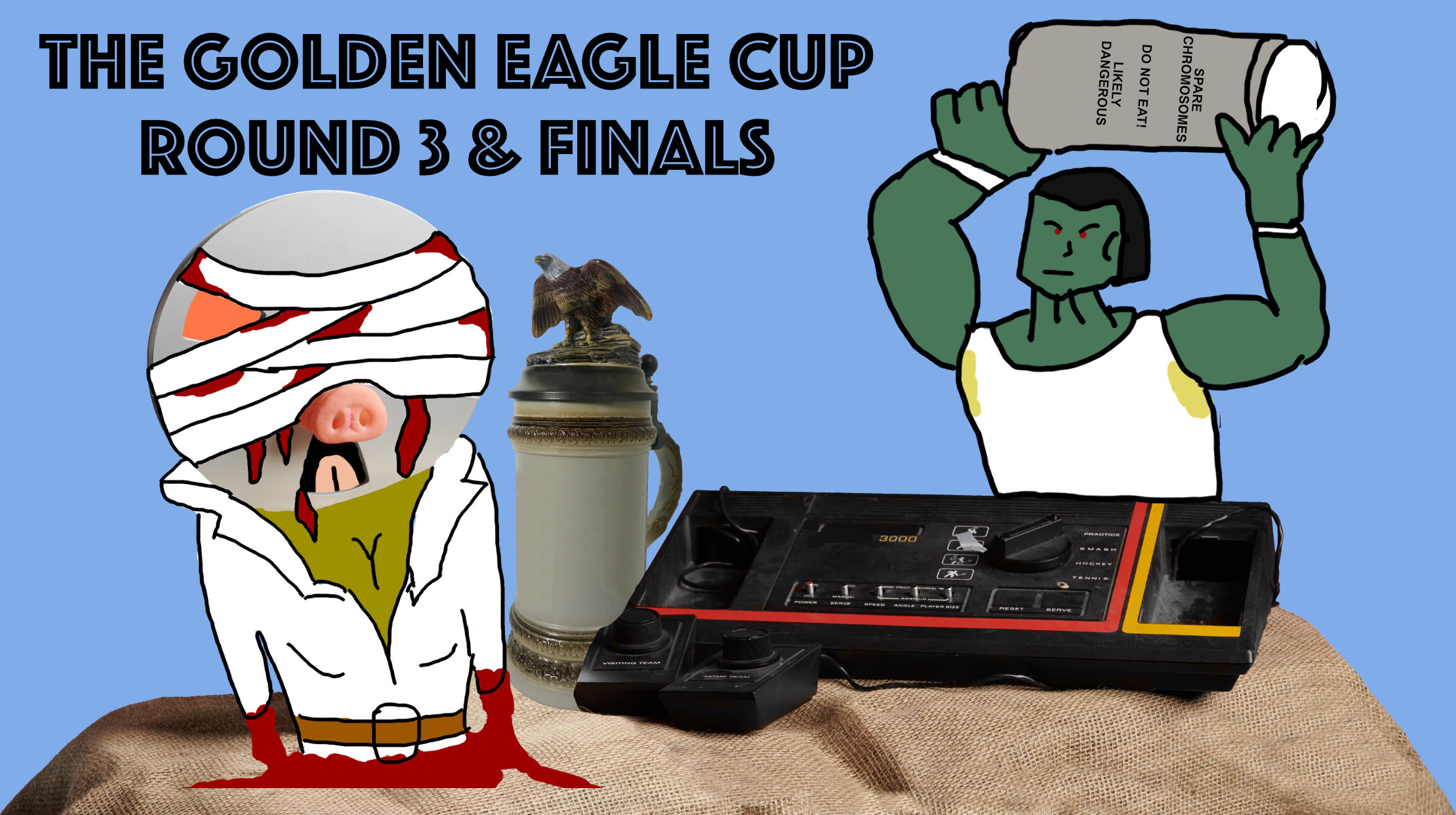 Prepare for the Tournament!

Holy Tilted Pinballs! We made it to the checkpoint! We have run through the largely irrelevant regular season and our contenders have jockeyed for position so now it’s time to prepare for the post season! After an appropriate period of mourning for our lost innocence, we will proceed forward in the traditional manner of a single elimination tournament. Matches scheduled beginning Mid-December. Keep your eyes peeled for brackets and the complete Season 2 listings, here on the Cinema Slop landing page!

Need some Sloppy Cinema to tide you over through Turkey Day? I don’t know go watch ThanksKilling!

Who Wins The Golden Eagle Cup?

Hey everybody, Jon guest starred on Peter's Movy Nites. It's just furthering my theory he's attempting to replace me.
-Jason