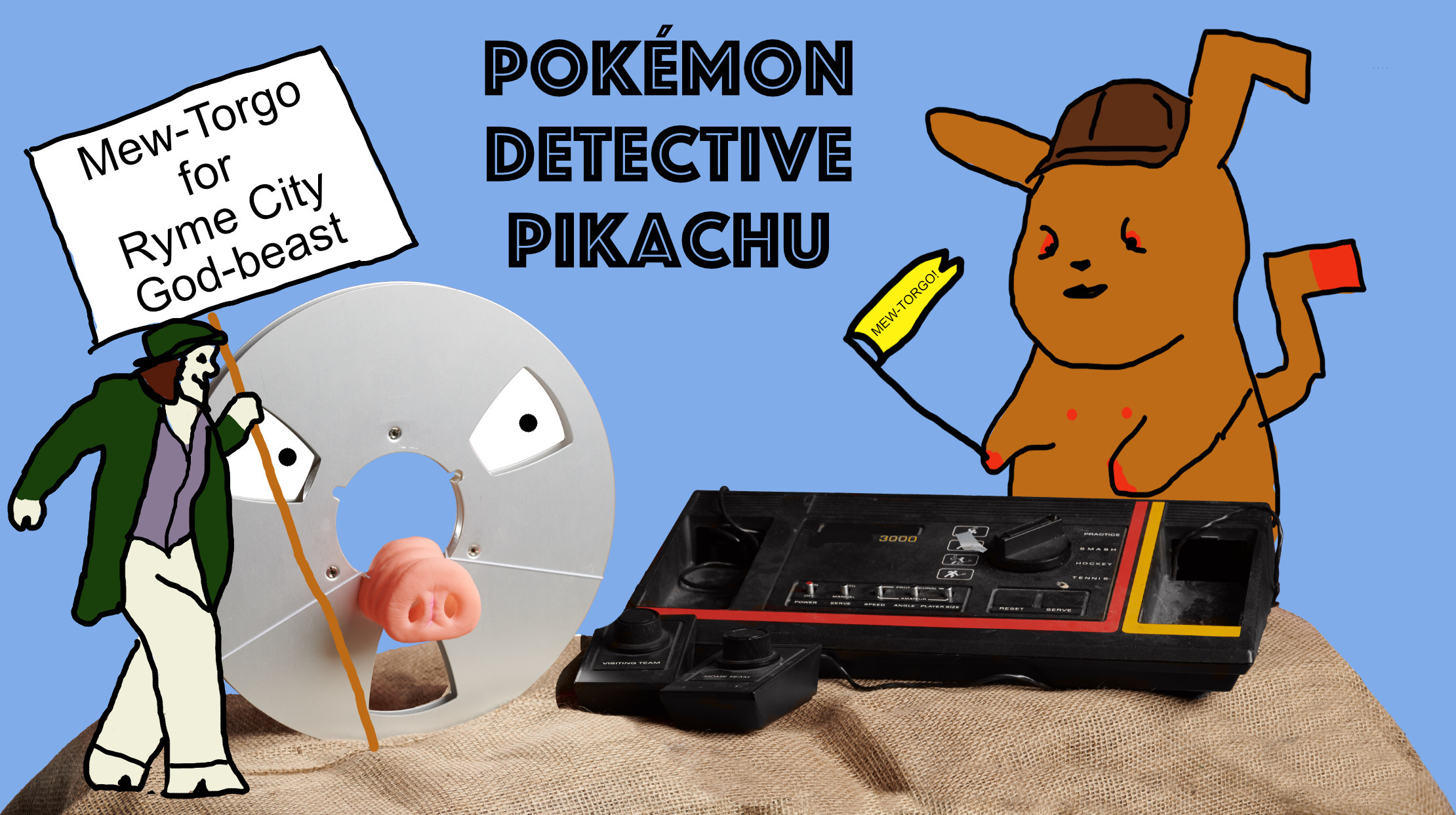 Ladies & gentleman when it comes to podcasting we want to be the very best. Like no one ever was! To discuss movies is our real test... to watch them is our cause. We travel across the media platforms searching far & wide. Each film to understand the power that's inside. Movies! Got to watch em all! It's you and me and you. I know its our destiny! Pokémon Detective Pikachu!

Season: 2
Episode: 057
Film Title: Pokémon Detective Pikachu
Film Year: 2019
Episode Title: Pokémon Detective Pikachu
Episode Year: 2019
Jason Review: I give this Schroeders Down. If you put Pikachu in a box with a vial of poison it occupies a superposition of both up and down until you open it and see the act of observation forces the position to collapse. I have observed the contents of the box and Pikachu is dead this time.
Jon Review: If the title were accurate it would be "Pikachu in a Detective Hat: The Movie". If this were Shane Black's Detective Pikachu I'm on board but this poorly characterized improv comedy version of a detective movie that can't hold a consistent style is not what I want.
Mack Review: Detective Pikachu and Tim wander through the film and never actually figure anything out for themselves. The acting isn't to my liking and tonally its inconsistent.
Tags:
Detective2 Jason Down17 Jon Down28 Ryan Reynolds3 Video Game Movie22 Mack Down10 Kids2 Triple Down5 Kathryn Newton2 Bill Nighy2 Ken Watanabe2 Suki Waterhouse2
External Links:
Workable Conspiracy Article: By Mary Beth Griggs
Letterboxd Entry