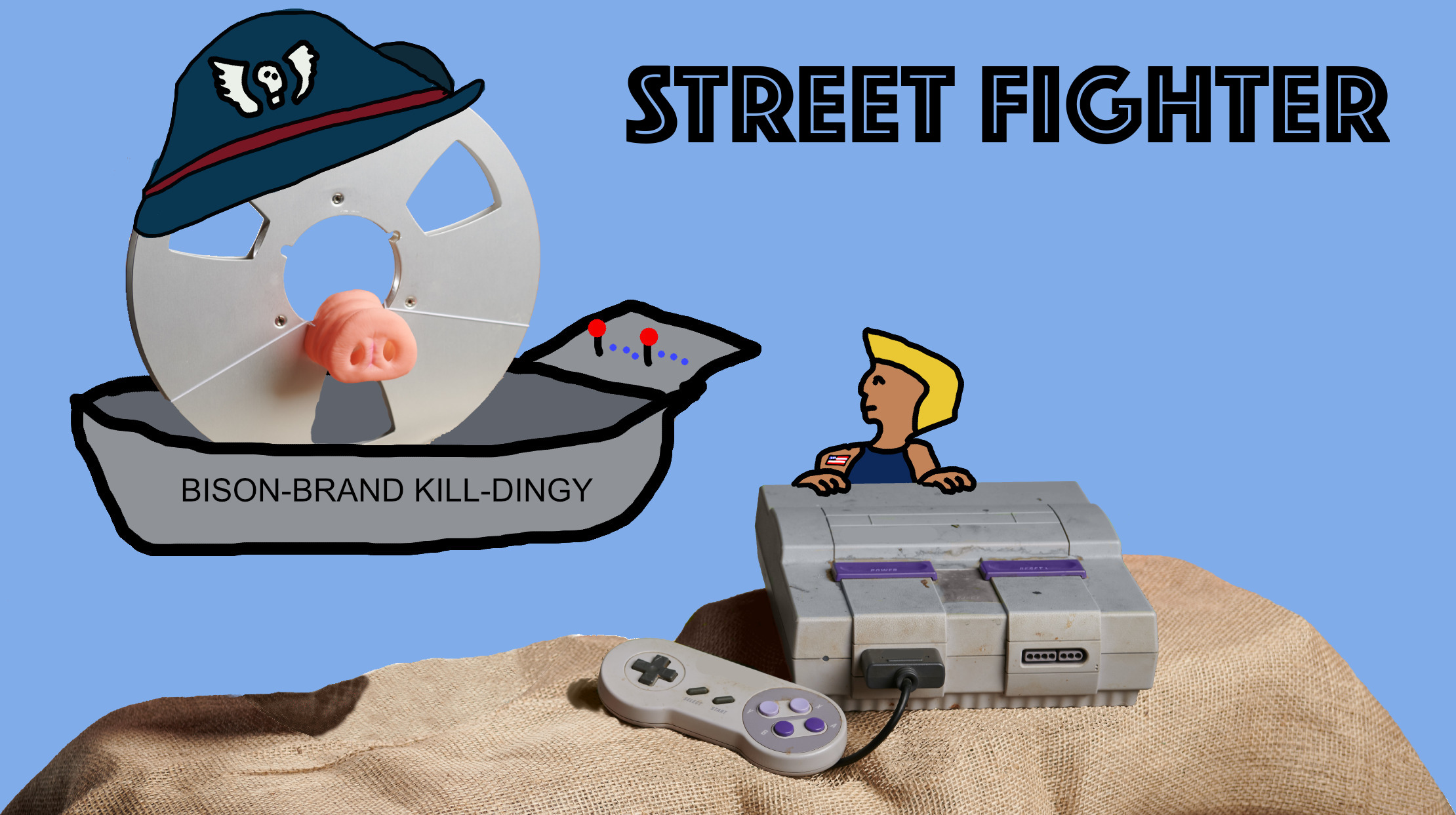 Moving forward, or in this case laterally towards the center, we continue to one of the most venerated game franchises of all time Street Fighter. Hide your hatchback's kids things are about to get dangerous!

Season: 2
Episode: 044
Film Title: Street Fighter
Film Year: 1994
Episode Title: Street Fighter
Episode Year: 1994
Golden Eagle Winner: Raul Julia
Jon Review: When I realized this was just a PG 90s Action film I was able to just embrace the stupid and let it wash over me. I liked it.
Jason Review: The entire movie really doesn't happen until the last 30 minutes. If it had been paced better and not had so much filler I would have liked it more. So far it is at the top of the down heap.
Mack Review: Even though this doesnt stick to the source the characters are there.
Tags:
Sci-Fi16 Action32 Frankie Faison Golden Eagle5 The Street Fighter2 Jason Down17 Jon Up42 Split Decision19 Special Guest Mack21 Mack Up9 Video Game Movie22 Jean-Claude Van Damme4 Raul Julia4 Kylie Minogue4 Fighting Game1
External Links:
Street Fighter: The Movie (What went wrong), by Chris Plante
Letterboxd Entry