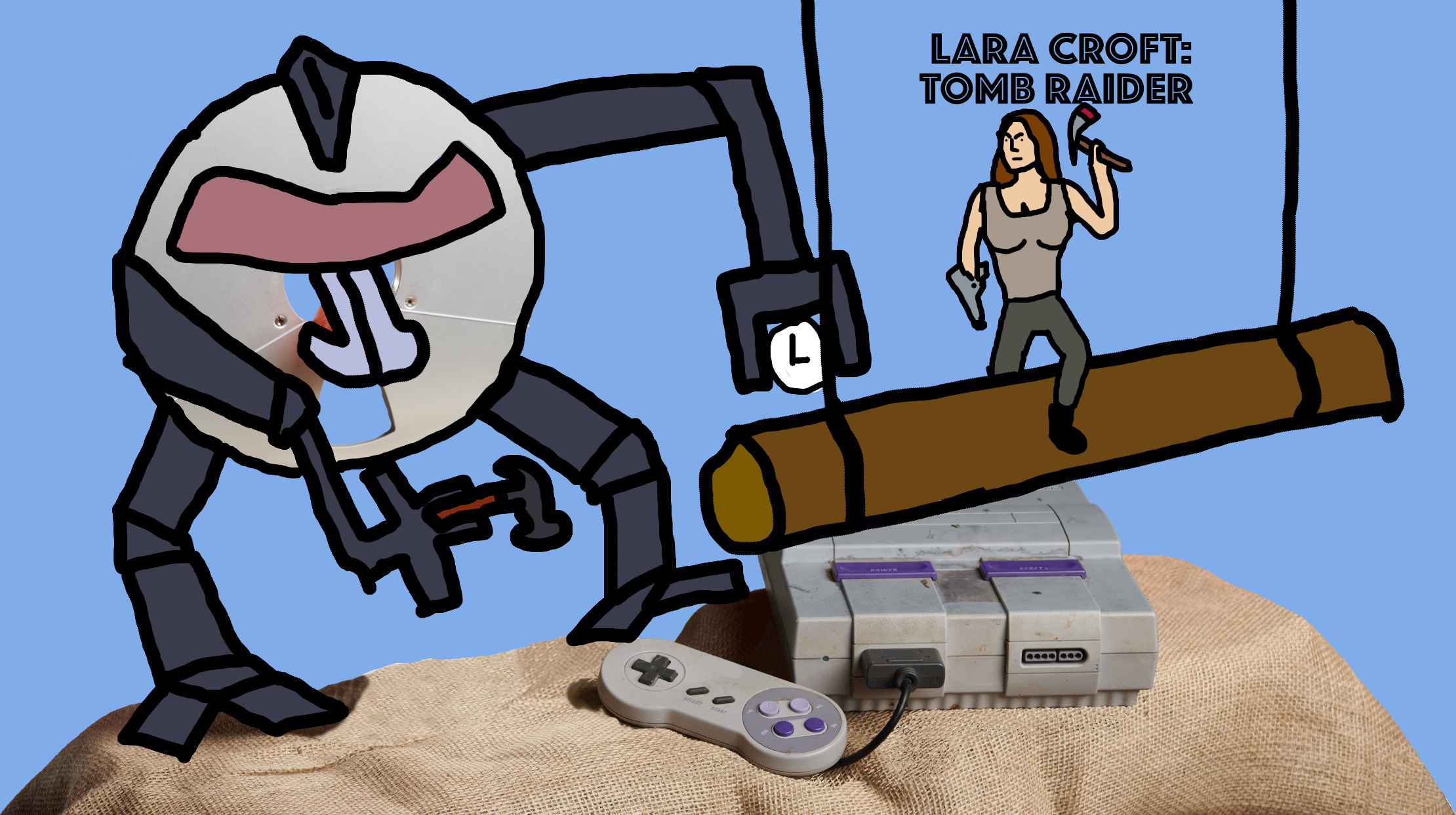 After last weeks movie-equivalent of batting-at-string Jason, Jon and Mack are ready to doff their fedoras and set off on their Indiana Jo... cough sorry... their Lara Croft: Tomb Raider adventure. Needless to say we are much relieved to be doing something that isn't a 1v1 stand-up combat game.

Season: 2
Episode: 047
Film Title: Lara Croft: Tomb Raider
Film Year: 2001
Episode Title: Lara Croft: Tomb Raider
Episode Year: 2001
Jon Review: I like Angelina Jolie as an action star and while the movie was stupid as shit I was on board for the first 54% of the film and that gets it above water.
Jason Review: Shame on you. Way to reduce a popular character into an exposition-bot.
Mack Review: It's so boring I have to go with Down. The action doesn't save this and the story is a mess. Also it does not age well.
Tags:
Action32 Bond, Not Bond2 Jason Down17 Jon Up42 Super Spy10 Split Decision19 Special Guest Mack21 Video Game Movie22 Angelina Jolie3 Daniel Craig3 Mack Down10
External Links:
Letterboxd Entry